Habitually forgetting appointments, missing birthdays, losing keys, or going to the grocery store but only getting half the items on the grocery list are some of the many issues that may represent early signs of developing a major neurocognitive disorder (dementia). While the cause of Alzheimer’s and other dementias is not known, newer research is suggesting sleep might hold a key clue to the development and/or progression of such disorders. To understand how sleep and dementia are connected, let’s examine what is being discovered about sleep.

What is the function of sleep?

The bottom line is we don’t know exactly what sleep does, but several functions have been proposed. A newly identified role for sleep is to clear waste products from the brain. First identified by Dr. Iliff and colleagues, scientists discovered a system of vessels that operates between blood vessels in the brain called the glymphatic system. This system works to clear metabolic waste products from the brain, including β-amyloid, tau and α-synuclein. This has been enlightening for researchers because accumulation of these proteins is thought to be the main causes for the development of Alzheimer’s (β-amyloid, tau) and Lewy Body Dementia (α-synuclein).

What happens when people don’t sleep well for a long time?

Newer studies have shown that people who experience chronic insomnia are at higher risk for developing several medical and psychiatric problems including depression, cardiovascular disease, cancer, and even cognitive impairment 1. Sabia and colleagues published a large study in 2021, where they followed 7959 adults for 25 years with accelerometer data (similar technology to fitbits and related devices, to track sleep objectively). They found that persistent short duration of sleep (<6 hours) in subjects in their 50s, 60s and 70s was associated with a 30% increased risk of developing dementia during this 25 year time period 2. This study also showed that the shorter the sleep was, the stronger the risk was for developing a neurocognitive disorder.

What can happen to people who have sleep apnea?

Obstructive sleep apnea (OSA) occurs when the airway narrows or even closes at night while sleeping, causing sleep fragmentation or even drops in oxygen in more severe cases. Patients with untreated OSA are at risk for developing a number of medical and psychiatric issues including high blood pressure, cardio and cerebrovascular disease, diabetes, depression and memory problems. It is not clear whether these consequences occur as a result of the lack of oxygen (hypoxemia) associated with OSA, or the sleep fragmentation (and associated shorter sleep), or both, but this is a key question for research. Further data indicates that OSA also causes inflammation of neurons (brain cells) as well as dysfunction of blood vessels (endothelial dysfunction) which may be additional connections linking OSA to the development of cognitive impairment.

Does OSA increase the risk of developing memory problems?

Yes. While not all studies agree, a majority of studies have found a higher risk of developing a neurocognitive disorder in those patients who have untreated sleep apnea compared to those who either don’t have sleep apnea, or have sleep apnea but it is treated. This question, however, likely depends on the severity of the OSA, the length of time OSA has been present, as well as the possible presence/absence of other factors that may increase the risk of developing a neurocognitive disorder (e.g. genetic factors, environmental factors etc.).

Most researchers believe that treating OSA can help improve cognitive function. In perhaps some of the most convincing data to support this notion, Castronovo and colleagues followed 13 pts with severe OSA, and 15 age and education matched control patients 3. All patients completed detailed MRI (magnetic resonance imaging) scanning to identify structural differences in their brains. The patients with severe OSA were then treated with continuous positive airway pressure (CPAP) therapy, and subsequent MRI testing revealed gradual normalization of brain structure compared to the control patients, with gradual improvements seen at 3 and 12 months of treatment. At 12 months, the brains of the patients with OSA that were treated with CPAP were almost indistinguishable compared to the brains of the control patients. Further data on patients with OSA who are treated with CPAP therapy have also shown reduction in the progression of neurocognitive difficulties, and even neurocognitive improvement in some instances. These and other studies have been very exciting for researchers, because this data suggests that OSA may be one of the few modifiable risk factors for the development of a neurocognitive disorder, since OSA is readily treatable with CPAP and other treatments4. 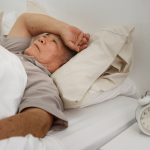 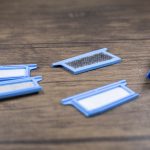 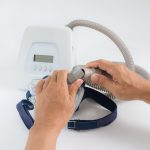 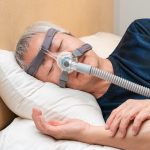 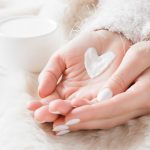 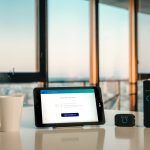 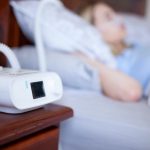 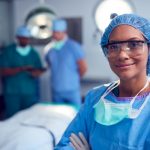 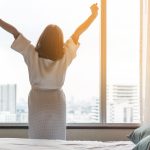 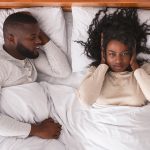 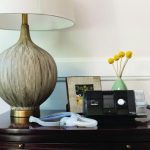 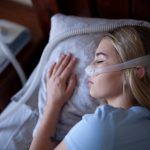