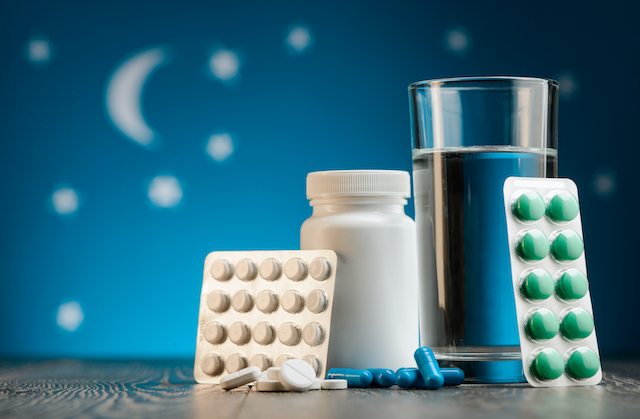 Over-the-counter (OTC) sleep aids tend to be a popular first resort for people who are struggling with insomnia. In addition to sleep aids, alcohol is also quite popular, though not typically a good remedy since it actually worsens sleep quality and awakenings (even if you first fall asleep better). Although OTCs may be helpful for a night of poor sleep here and there, if you’re someone who suffers from regular issues with insomnia (problem sleeping multiple nights per week for more than 2 weeks), OTC sleep aids are actually not ideal. Don’t mix OTCs with alcohol and be cautious of driving or operating any heavy machinery if you feel groggy as a side effect.

Here’s the biggest thing to note: Just because something is sold OTC doesn’t mean it is without side effects. In addition, many OTCs can have negative interactions with other medications you may currently be taking.

Let’s go through the most commonly used OTCs and discuss the pros/cons with their use. If you’re unsure of what you’re taking (if you are taking something!), look at the active ingredient label on the bottle to see if it contains any of the ingredients listed below. In addition, while we are usually focused on the sleep enhancing ingredients found in OTCs, many of these medications have other ingredients in them. For example, while something might have diphenhydramine, it also can contain other ingredients such as acetaminophen (a pain reliever) that you may not need or should not be taking.

1. Melatonin: Commonly known as the “hormone of darkness,” melatonin is naturally made in the brain’s pineal gland and comes out when the sun goes down. Once melatonin starts to be secreted naturally from our brain, we begin to get sleepy. When we wake up in the morning and have some light exposure (such as the sun!), our melatonin production stops and we begin to wake up more. Melatonin is also made as an “exogenous” compound, meaning it is made as a pill that one can take as opposed to the hormone made naturally in our brain. To many people’s surprise, studies generally do not support the effectiveness of melatonin (typically between 3mg and 10mg) as a treatment for chronic insomnia. In my clinical practice, I’ve come across some patients who find it useful, but I’d say that this has definitely been the minority. In some countries (such as the USA), melatonin is not regulated by any governing bodies and the formulations and potencies can actually vary from bottle to bottle! Side effects may include daytime sleepiness, headaches, nightmares, confusion, sleepwalking and nausea. It may also interact negatively with certain medications (diabetes medications, immunosuppressants, blood thinners and even some birth control pills). Interestingly, low dosages of melatonin (0.5 to 3mg maximum) taken 3-4 hours before bedtime are useful for gently shifting your sleep cycle due to jet lag or night shift work.

2. Diphenhydramine: Diphenhydramine is a sedating antihistamine that creates drowsiness for some who take it. It may be helpful for occasional bouts of insomnia, but the biggest concern with taking it for multiple weeks on hand is that it can lead to the sleep-inducing effects actually wearing off. As a result, a psychological dependence may be formed for the medication (you think you need it, but most often the drowsy effects from the medication don’t really happen anymore). Since the drowsiness effects begin to wear off for many, some people might start to take more of it to experience the same sleep-inducing effects. In addition, patients often report feeling drowsy and drained in the morning. Side effects commonly include dizziness, feeling “off” the next day, grogginess, memory problems and dry mouth. The side effects of confusion and dizziness are even more pronounced in older adults, and caution is necessary with its use.

3. Doxylamine succinate: Another sleep-inducing OTC medication, its side effect profile is similar to that of diphenhydramine (discussed above). Older adults again should be cautious when using these medications.

4. Valerian: Although the use of valerian has seemed to really take off, there is also limited research showing its sleep benefits. As with the other OTCs mentioned, valerian may be useful for those who have occasional sleepless nights. Similar to melatonin, many countries do not regulate its production or use, so the potency can vary significantly between manufacturers. Research is rather new with valerian, and while some initial studies suggest it is a possible useful treatment for insomnia, there’s not enough positive study support to make it a standard recommendation in the field. Once again, just like other OTCs, it isn’t without side effects… they typically include nausea, excitability, uneasiness and headache.

It is important to talk with your doctor if you are thinking about taking an OTC. While they might be useful for very occasional bouts of insomnia, other treatments such as cognitive behavior therapy for insomnia (CBT-I) or prescription sleep aids may be more appropriate given your medical and psychiatric history. If you have already taking OTCs on a regular basis, discuss other treatment options with your doctor as there may be options that might be more appropriate. Finally, if you are struggling with obtaining a good night’s sleep, talk with your doctor about getting a referral to a sleep specialist. Many good treatments are available for sleep disorders, and you shouldn’t suffer in silence 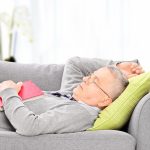 The Power and Value of Naps 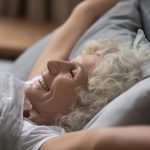 Subscribing to the Remologie Sleep Club 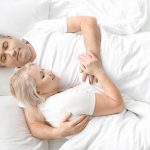 What to Consider When Buying a New Mattress 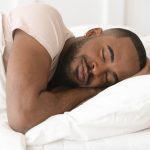 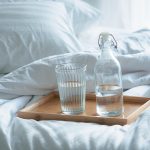 The Importance of Hydration for a Good Night’s Sleep 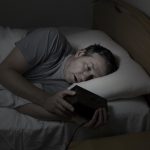 How Your Lifestyle and Daily Habits Affect Sleep Apnea 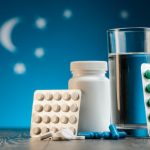